If you've logged into Facebook today, you may have noticed the news about Timeline coming to Facebook Pages.  This change, available immediately to Page admins, will roll out to all Pages on March 30th.

Just as with Timeline on Profiles, Timeline on Pages will allow you to add a cover photo and historic highlights that occurred prior to joining Facebook.  For Page admins, Facebook has added the ability to make selected content "sticky" for up to seven days, meaning, that you can keep content of value, or something of a timely nature, from disappearing down the timeline and out of followers' sight.

To read more Timeline for profiles, check out this article on Mashable.

Will you upgrade your Facebook Page to Timeline design before March 30?
Posted by Sarah Cornelisse at 10:24 AM

Last month, my colleagues Jeff Hyde, Kathy Kelley, and myself launched a Youtube video series about social media and food retailers. The series is based on a research study performed in 2011. Each video describes interesting data collected from survey respondents.

Why did we collect this data? Well the most important reason was to understand better how consumers use social media to engage with food retailers. Our questions were based upon using the most popular tools (i.e. Facebook, Twitter, and blogs). With this data, we hope to provide important insights for food retailers to consider for their marketing efforts. While we focused on fruit and vegetable products in this study, the results are applicable to other types of businesses.

A few interesting statistics from our survey:
-94% of respondents had an active Facebook page.
-30% of those in the highest income category had posted on a business’s Facebook page.
-Nearly 62% believe print ads were a good fit for on-farm and farmers’ markets while only 37% felt that TV or radio fit these well.

As of today, there are 16 videos released (to view the video page, click here). In the next 2 weeks, 3 more videos will be released to summarize the data.

As an ag entrepreneur, how do you use social media? After viewing the video series,h how has this information helped you build your social media strategy?
Posted by Dana Ollendyke at 2:00 PM

Watching the social media landscape, it's impossible to ignore the lightning-fast growth of Pinterest, an image-based social media tool.  Its growth rate has been amazing and seems to be getting heavy use related to food, fashion and design, and crafts.  I've been watching it for a couple months so that I could learn more.  (Find my Pinterest page here.)  This post describes what I know and provides some suggestions on how you might use Pinterest for marketing.

Pinterest in a Nutshell
My initial view of Pinterest caused a quick eye roll.  So many dresses, food dishes, flowers, signs, and other things that just weren't me.  What were all of these pictures?  Why were they limited to these types of items?  After re-grouping, I pressed on and have learned to appreciate this tool for what it is.  Here's what I know...


First, it's very important to understand that Pinterest is not yet open to the public.  A prospective user can be added to a waiting list or be invited by an existing user.  This means that it has yet to reach its full potential, even for this early stage of its existence. Second, Pinterest is made for individuals, not companies or brands. Those may be coming someday, but they aren't reality right now.

Pinterest allows you to add "pins" to virtual "boards," each of which has a theme.  So, a board might represent dessert recipes, places you would like to travel, or craft ideas, as three examples.  A pin, represented by a picture, might include a photo of a fantastic fruit tart.  A pin can also include two other important characteristics, a short description and a link to some URL.  It's these additions that, in my opinion, can make Pinterest valuable to you, but that comes later.

Pins can be added in two different ways.  They can be uploaded from the user's computer or they can be pinned directly from a website.  This is easily done using the Pinterest "Bookmarklet," which can be downloaded from Pinterest and shows up as a bookmark in your bookmark toolbar.  Adding pins with the bookmarklet automatically adds the original photo URL to the image.  That way, whenever anyone clicks on the pin, they will be directed to the original site.  Uploading pins is also easy, but is done one at a time, so can be slow.  Again, users can add the description and a URL to uploaded pins.

Beyond simply following, Pinterest allows increased interaction through "repinning," "likes," and "comments."  Comments are exactly what you're probably thinking, short text comments.  If a user likes a pin, then this is reflected on the pin and on a special page of likes on the users page.  If a user feels that the pin would represent them well, they can repin it, adding it as a pin to one of their own boards.  Again, this is reflected on the original pin.

Pinterest as a Promotional Tool
As a visually-oriented tool, Pinterest has great potential.  Many items that food and agricultural marketers sell are already popular items on Pinterest.  Food, flowers, and gifts/crafts are all over the site.  The trick will be to have engaging photos that appeal to people.  Without those, one won't succeed with a tool like this one.  Assuming you have good content, here are a few thoughts...

1. Use the descriptions and URLs to your advantage.  Drive web traffic to your Facebook page or website.  (Facebook doesn't allow you to pin directly from their site, but you can edit a URL to drive traffic there, if you like.)

2. Pinterest frowns on over-selling.  Use the site as a way to engage through photos and provide information through descriptions and URLs, but keep blatant self-promotion in check.

3. Watch who likes or repins your pins. Make sure to use this as another tool to socialize. Follow them if their boards are of interest to you.

4. ALL CONTENT IS PUBLIC! This is one downside for some marketers. A friend in the floral design business has used Pinterest to share wedding ideas with brides, but must be careful about having others steal designs. This is likely to happen anyway, but some may not want to simply hand over their secrets.

5. Think about a contest using Pinterest.  Many ag and food marketers use recipes to promote their products.  What about having a recipe contest on Pinterest and the winner is the one with the most repins and likes?  Ask customers to provide their best apple dumpling recipe, for example, and an original photo of their dish, and then create a board just for that contest.  The resulting pinning and repinning will drive traffic to your site and get your business's name out there.  Provide a gift certificate for an award, and you've just received some inexpensive promotion.

6. Integrate Pinterest with other social media tools.  When you pin something, you can notify Twitter followers or Facebook friends.  You can also notify them later.  This takes on more importance if you're running a contest, as discussed above.

Closing Thoughts
Like all social media tools, don't just launch into using Pinterest.  Think first about whether it will connect with your target audience and whether you have the resources to make it work for you.  Maybe photo albums on Facebook are a better fit for you.  Either way, make an informed decision about whether you should use the tool or not.

UPDATE - MARCH 27, 2012: My colleague Kathy Kelley (@kmk17psu on Twitter) just shared this infographic which has some great info for using Pinterest effectively.
Posted by Unknown at 2:10 PM

A few weeks ago, I wrote the post "What Is Crowd Funding and Does It Really Work?". I wanted to follow up and give some more info on crowd funding. A quick google search will reveal many, many websites offering crowd funding. Below are a few examples of some of the better-known sites.

From their website: Kickstarter is the world's largest funding platform for creative projects. Every week, tens of thousands of amazing people pledge millions of dollars to projects from the worlds of music, film, art, technology, design, food, publishing and other creative fields.

A new form of commerce and patronage. This is not about investment or lending. Project creators keep 100% ownership and control over their work. Instead, they offer products and experiences that are unique to each project.

All or nothing funding. On Kickstarter, a project must reach its funding goal before time runs out or no money changes hands. Why? It protects everyone involved. Creators aren’t expected to develop their project without necessary funds, and it allows anyone to test concepts without risk. 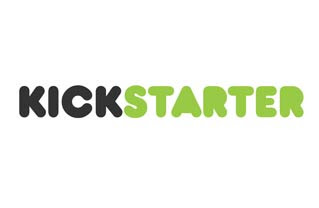 Fees: 5% from the total amount collected + 3% third party fee (if you reach your goal)

From their website: Anyone can create a campaign, where you tell your story, set a funding goal, and offer perks to contributors. You can use IndieGoGo to create your campaign, share it with your network, engage fans, track information about contributors, and collect money. IndieGoGo provides excellent customer service, educational tips, and information tracking for campaigners and funders. We also promote campaigns through social media and press outreach, as well as on our homepage, in our newsletters, and on our blog.

From their website: RocketHub is a launchpad and community for independent artists and entrepreneurs. We offer an innovative way to raise money (Crowdfunding) and tangible opportunities to take creative products and endeavors to next level (LaunchPad Opportunities).

Fees: 4% from the total amount if you do or do not reach your goal (plus 3-5% payment processors fees).

As you can see, I just listed a few points about each service. DO YOUR RESEARCH! What might work for one person may or may not work for you. As an ag entrepreneur, would you try crowd funding?
Posted by Dana Ollendyke at 2:40 PM

One of the recipients was Living Water Farms, a farm in Strawn, Illinois which produces hydroponic greens for restaurants and grocers. Denise Kilgus, one of the founders of Living Water Farms, said that the grant will be a good boost. "The grant is going to help us get out more so we can market our product, talk to the chefs and build out our business. It's a start up business and everyone pitches in."

As an ag entrepreneur, have you heard of this grant before? Did you apply? What impacts do you think this will have on local foods industries?
Posted by Dana Ollendyke at 11:11 AM

How do I get my products into grocery stores and restaurants?

As a farmer or value-added food producer, you might be thinking about expanding your food business by selling to grocery stores, wholesalers, foodservice institutions, or restaurants, but you probably aren't sure how exactly to go about doing that. As I've stressed before, do your research! Below are some things to consider:
1. packaging
2. pricing
3. delivery
4. invoicing
5. quality assurance

To help food producers develop a plan to address the above issues (including many more important issues) and enter the foodservice market, Penn State will be holding MarketReady classes in April, 2012 in Allegheny and Chester counties. MarketReady is a program developed by the University of Kentucky that addresses the market development risks and relationships small farmers, ranchers, and value-added food producers must manage as they seek to develop relationships with restaurants, grocery, wholesale, and foodservice buyers. 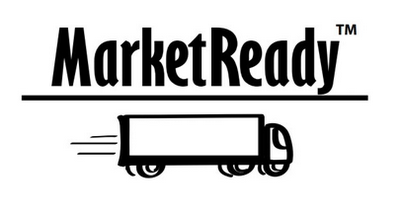 As an ag entrepreneur, how easy or hard was it to sell to the foodservice industry? Do you have any tips?
Posted by Dana Ollendyke at 10:28 AM